Balou: I once was lost, but now I’m found!

On May 15th, a cat was found in the cellar of an abandoned house. It was scared, terribly skinny and so happy to be found. It turns out that this cat was named Balou, he had been missing for 5 weeks and his family was heartbroken. Thanks to the network of the Give Us A Voice family, we were able to locate Balou’s family within an hour of finding him. Balou had to spend some days at the vet’s office getting healthy before being reunited with his family but we are happy he is safe.  A big thanks to Steffi, Balou’s savoir! 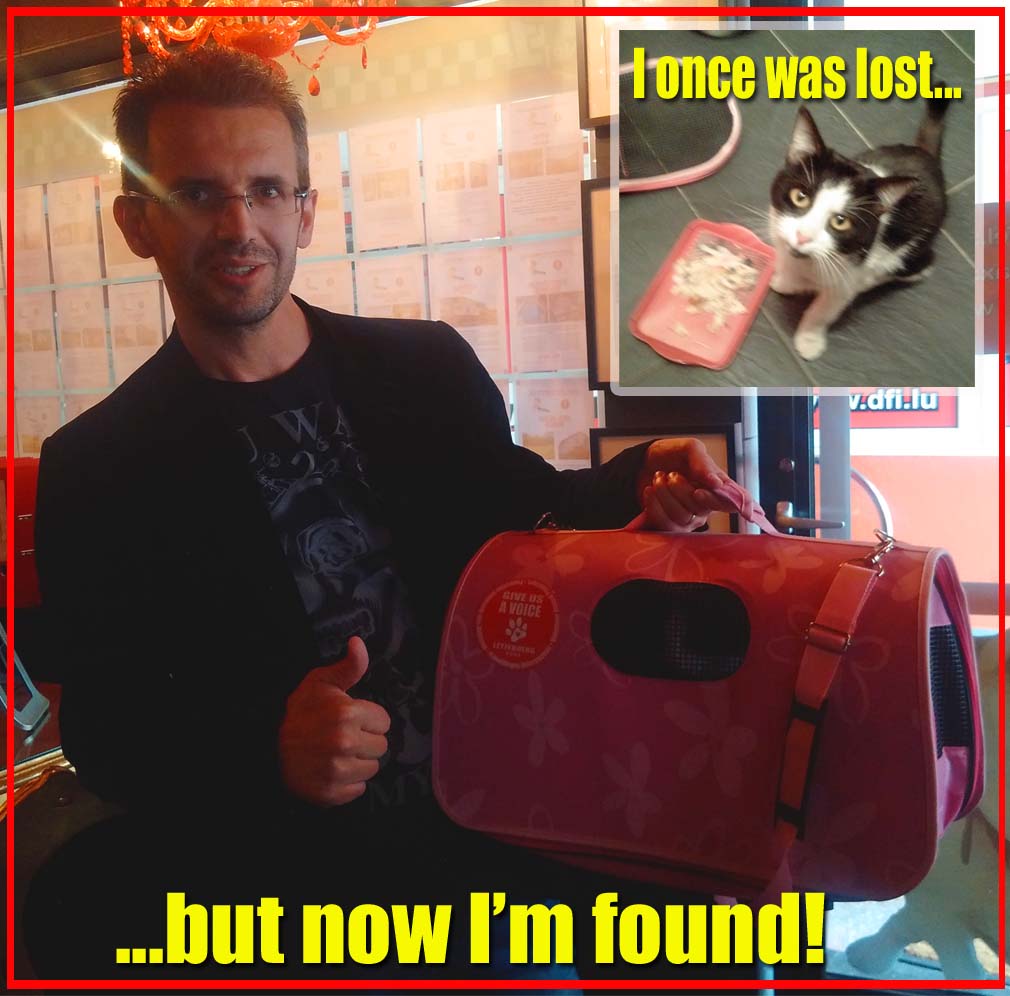 We were thrilled to receive a visit from the family of Balou, the cat who was missing for 5 weeks and found in the cellar of an abandoned house last Friday. The children were so thankful, they even brought gifts for their cat savoir, Steffi! Balou is currently recovering at the animal hospital and is getting better everyday. We wish Balou a speedy recovery so he can rejoin his family soon!