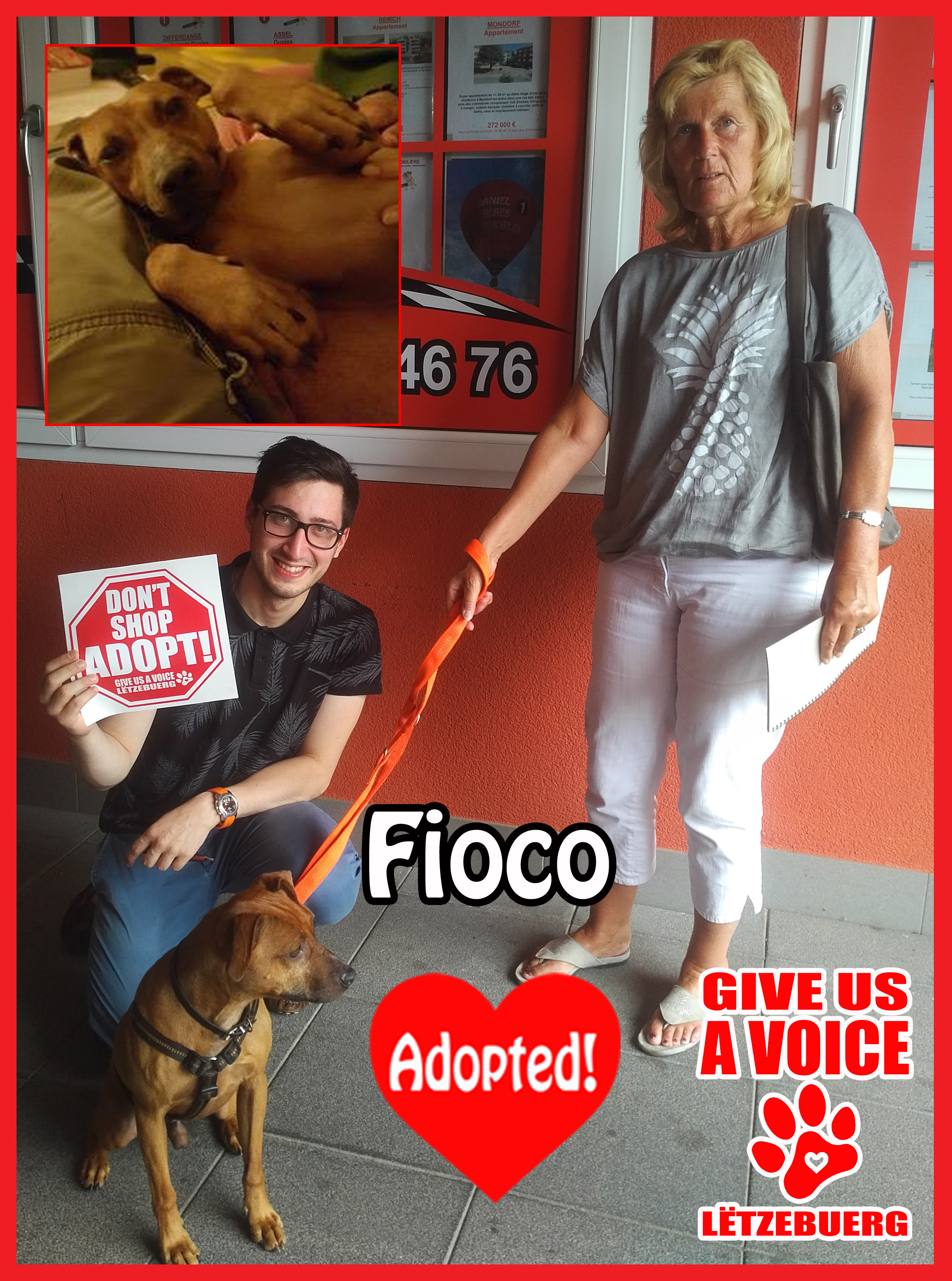 GIVE US A VOICE has great news: Fioco is finally adopted!

Fioco was brought to our attention when one of our members contacted GIVE US A VOICE to let us know about an advertisement for a free dog. It turns out that Fioco’s former owner was going on vacation and didn’t want to deal with the dog so, after 8 years, they decided to get rid of him.

GIVE US A VOICE managed to get Fioco and put him in a foster home with the wonderful Donckel family. It took a while but Fioco managed to catch the eye of Mme. Modemann who decided to open up her heart and her home to this lucky dog.

GIVE US A VOICE would like to give a big THANK YOU to Mme. Modemann for deciding to adopt and not shop AND for giving an older dog a chance.

And once again, we would like to thank the Donckel family for being such a great foster home to all the lucky dogs that pass through their doors.