Fen comes to life in his new home! 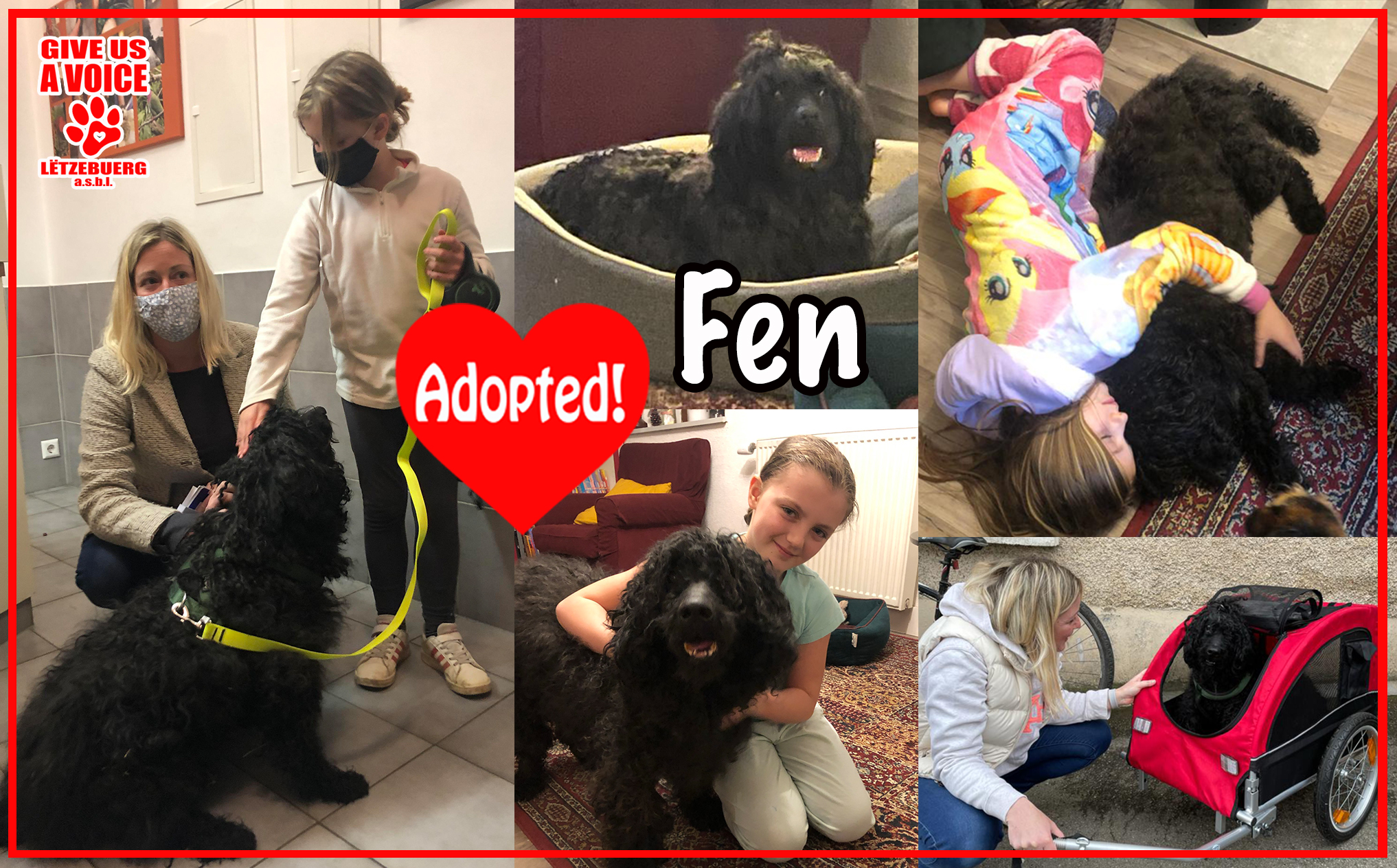 Now here is an adoption story to melt your heart! Fen was originally found wandering the streets of Hungary in the middle of winter, completely confused and out of sorts. It was clear from the state he was found in that he had been neglected for a long time. When he was brought to the shelter he just stood in his kennel, still as bamboo, not moving and completely checked out. For a while, he had to live in a kennel by himself because other dogs would sense his weakness and constantly challenge him. So, Fen stood there and days turned into weeks, which turned into months and then into years. Fen waited and waited, slowly getting better mentally but what he really needed was a home. Along came the fantastically amazing Thomas family who decided to take a chance on Fen and adopt him. They were not even put off by his limp or the various other ailments that came along with this older boy. From the moment Fen joined the family, he came to life. He gained weight, strength, stamina and seems to be aging in reverse! It is clear that love has worked wonders for his soul and he has managed to steal the hearts of the Thomas family as well. GIVE US A VOICE would like to give a huge THANK YOU to this wonderful family for deciding to adopt and not shop. They have been so wonderful throughout the adoption process and we are thrilled to see Fen come to life in their home. THANK YOU! THANK YOU! THANK YOU!

Saving one dog won´t change the world but the world will surely change for that one dog.