A brand new life for Sweety! 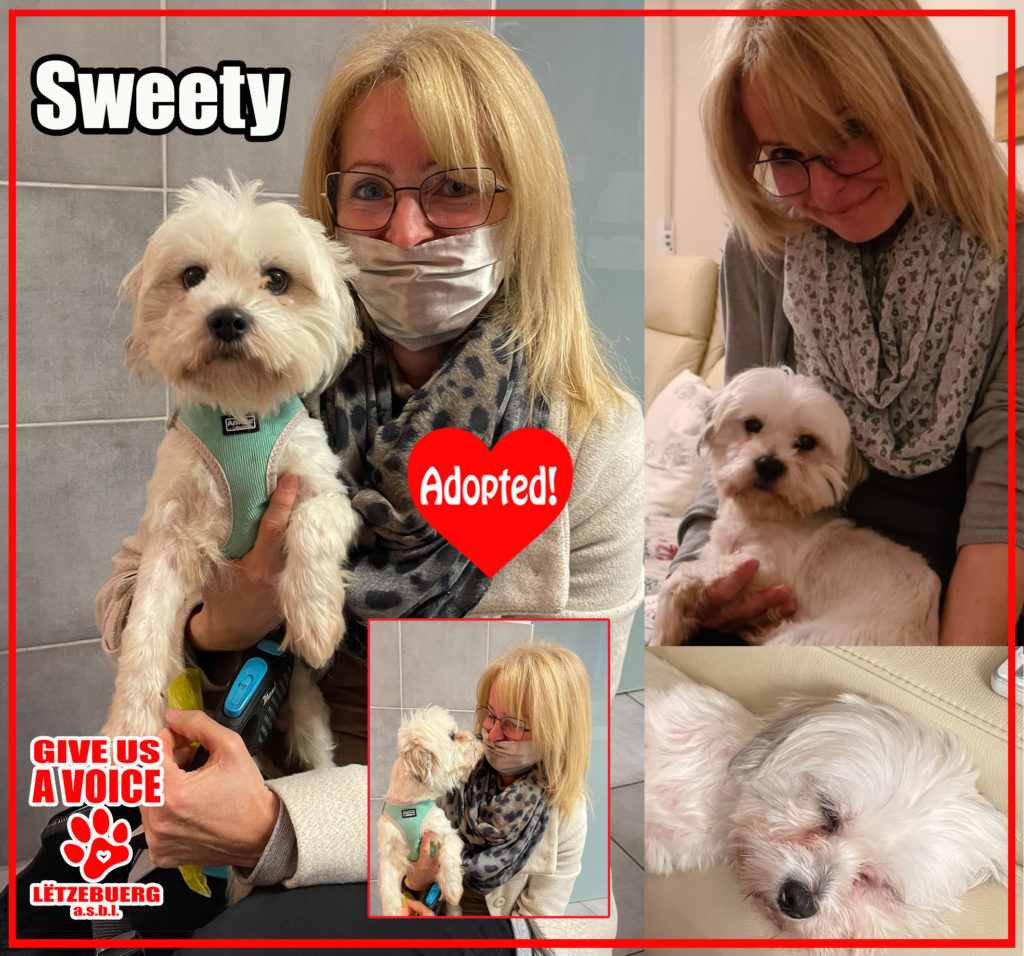 GIVE US A VOICE has great news to report: Sweety is adopted! This little guy really got the second chance of a lifetime. He originally came from Hungary where he had an owner that worked far away from home and would leave Sweety locked in the house for days at a time with just a bucket of water and some food, When the owner would return, he would let Sweety out by himself to go run around the neighborhood. Unfortunately, during one of the times when Sweety was let out, he was hit by a car. The driver left him on the side of the road for dead and it was days before anyone got to him. Sweety was taken to a shelter where they called his owner who decided he didn’t want the dog anymore. So poor Sweety was abandoned and had to go through surgery to fix his broken back at the shelter all alone. Luckily, Sweety was nursed back to health by the wonderful folks at the shelter and was able to walk again. His luck kept on coming when he captured the eye and the heart of Mme. Christiane Hupperich who decided to welcome him into her home. We would like to give a big THANK YOU to Mme. Hupperich for giving Sweety an amazing second chance and the loving home he has never had. We know he is in wonderful hands and can look forward to a futured filled with love and security. THANK YOU! THANK YOU! THANK YOU!